Limeade With No Calories and All Natural Sweetener (Stevia): An Option to Soda That's Good 4 U 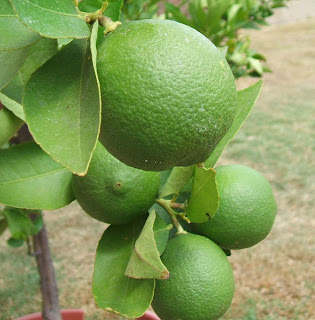 Every once in awhile, I post here about stevia as a sweetener, because it's just so wonderful -- all natural, no calories.  So much better for you than those artificial sweeteners, and there are those that claim stevia has additional health benefits.  It's been used in Europe, Japan, etc. for decades - centuries - but the FDA hasn't been too accommdating to the marketing of stevia in the American marketplace until recently.

Stevia is great for diabetics.  Stevia also helps with things like high blood pressure and depression, and Dr. Andrew Weil and Dr. Michael Murray are both big fans of stevia.

When I first starting buying stevia, my only option were the bottles of loose powder or liquid at the local health foods store.  Then, Whole Foods and Sun Harvest started offing stevia in individual packets.  This was handy, but whenever I pulled the little green packet out at the restaurant, no one knew what it was.

Now, TruVia and PureVia are in your local grocery store, brought to you by Coca-Cola and PepsiCo, respectively.  And other brands of stevia are popping up, as well.  Heck, I saw a big box of individual stevia packets for sale at Sam's Club under its own "Member's Mark" brand just last week.

Now, let's think about limes.  Green, wonderful smelling limes.  They have all sorts of health benefits.  Limes  help digestion, help to heal ulcers, and they can detoxify the body.  Limes had stuff in them that help your gums too (as does stevia).  There's lots more on the health benefits of limes on the web if you want to investigate this in detail.

Which leads us to today's recipe.

Gallon pitcher
Juice of 4 big limes, 6 smaller ones
Stevia to taste (I still use my KAL shaker bottle, and put in around 12 shakes)
Water
Optional: slice another lime into circles and float them in the pitcher
Serve in big glasses over lotsa ice

This is so easy to make, and it takes sssooooo great.  I've given it away in quart jars, tied with gingham bonnets on the top and a bottle of stevia looped around the top with a ribbon to friends who I think will like stevia if they try it.

People in Texas write pretty, and are so good at spelling!