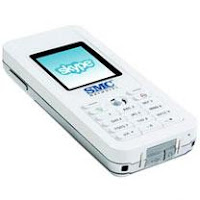 Skype (rhymes with "type") advertises unlimited calls to anywhere in the US and Canada for $3.00/month (calls between Skype users are free) and now that WiFi is so widely available, Skype is offering its own cellphone too. For $99.00, you can buy a Skype Phone and use it anywhere there is a WiFi connection to make calls via your Skype account without having to turn on your computer.

Yes, Virginia: that's amazingly cheap phone service (national and international) from your computer and now, from a cellphone, too. Free if you call Skype users. Yes, free. Wow.

International calls are usually cheap, but you have to check the country. You may end up paying a little over a dollar a minute for some remote locations; then again, you can call Paris for 2 cents a minute. It all depends.

What's Skype? How can they DO this? According to the company's website:

"Skype is available in 28 languages and is used in almost every country around the world. Skype generates revenue through its premium offerings such as making and receiving calls to and from landline and mobile phones, as well as voicemail and call forwarding. Skype, based in Luxembourg, has relationships with a growing network of hardware and software providers and is an eBay company."


Is Skype for you?

1. There are expectations that Skype will face attacks similar to Vonage as the Big Phone Companies try and fight to keep their hold on the marketplace. Patent infringement suits against Vonage are threatening bankruptcy according to the sages over at Business Week, for example.

2. Internally, things are in flux at Skype. Its CEO resigned on October 1st; no new Big Kahuna has been announced. There's an interim guy at the helm right now who hails from EBay -- both Skype founders and its "technical wizard" have jumped ship. And, EBay recently has announced that its taking a hickey on its purchase of Skype back in 2005.

3. Companies are coming alongside Skype, as well.

On October 17,2007, a partnership was announced between MySpace and Skype - now MySpace friends can chat with each other. (Skype also sells WebCams as well as Headsets in addition to its new Skype phone.) In addition to the MySpace alliance, some big guns are being Skype-friendly. 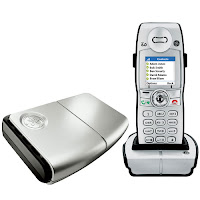 For example, at Walmart, you can buy a General Electric called the "2-in-1 Internet and Standard Phone" for $149.98. The 2-in-1 connects to both your broadband connection and your home phoneline. The 2-in-1 lets you makes Skype calls or regular phone line calls, your choice. It has caller ID, a headset, and a speakerphone. The old VOIP problem with 911 service is solved here: that second line lets you access emergency services even if the Skype line is in use.

As for whether or not you should try Skype, why not read thru the Walmart GE 2-in-1 phone reviews? One guy is claiming to have saved $1000/yr in phone bills. Then, too, there are reviews over at CNET, and a good review of Skype overall at VoipReviewsOnline.com.

So, is it for you? Well, there's the outlay for the new phone (or phones if you buy the new cellphone, too) but that lower monthly bill each month might balance things out at the get-go, right? Quality of the calls is supposed to be good, too.

One bad thing no one has mentioned: with the use of a webcab, Skype is offering us the ability to chat with each other just like the Jetsons -- but no one's selling that Fully Made-Up and Great Hair Screen that Jane Jetson used early in the morning. I know that I, for one, am very interested in hearing about THAT product appearing in the marketplace.
by Unknown 2 comments:
Email ThisBlogThis!Share to TwitterShare to FacebookShare to Pinterest
Labels: savings, telephones, WiFi
Newer Posts Older Posts Home
Subscribe to: Posts (Atom)