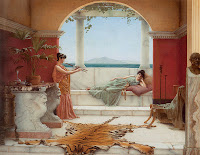 Outside of the United States, a break in the afternoon is no big deal.  Siestas are an accepted part of the schedule in countries as varied as Spain, the Philippines, China, Greece, India, and Italy.  Maybe they've got the right idea.

Naps are good for you.  Taking a short rest in the afternoon -- 30, 45 mins -- helps you physically and mentally.  Research studies have shown that a little snooze, or siesta, in the workday can help your heart.  Even a 15 minute nap can help fight against strokes, and of course, stress.  And they get the job done: British researchers have compared the nap with the alternative coffee/caffeine break in the afternoon, and the nap was more efficient in getting you back in the saddle.

When Should You Take Your Cat Nap?

Some suggest the optimal time for your little nap is 12 hours after you awake.  Others suggest that you take the "power nap" when you start to feel it's the right time -- usually between 2 and 4 in the afternoon, when your body temperature drops and your metabolism lags.

Where Should You Nap?

Harvard Medical School is recommending a 30 minute nap in a cool, quiet, dark place.  Harvard also recognizes how some innovative employers acknowledge the importance of a siesta these days:  Google has "nap pods" for its employees.  (I think I might feel a bit claustraphobic in these Google nap pods, but they're such a cool idea.)

So, take a nap today.  Siestas are smart!