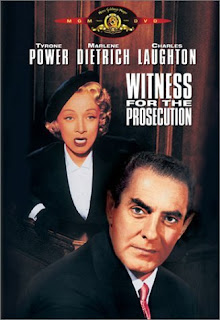 You can watch a nice assortment of free movies over at IMDb .com, like Witness for the Prosecution (one of my favorites) - along with TV shows, trailers, and the like. And, their collection seems to be growing with great regularity.

Even better news: it's in the news today that YouTube and MGM have entered into a pact where YouTube is going to provide free MGM movies at its site (why? to generate advertising dollars, of course).

YouTube will also be offering lots of TV shows (Walker, Texas Ranger was mentioned in the press release). They've already started showing other TV series like Star Trek and The Young and The Restless thru a deal they made with CBS last month.

And, for those of you interested in the behind-the-scenes story: who's really getting a boost here? Google. Yep, Google bought YouTube in 2006.