Tea as a Stress Reducer - It Works

Black tea has been studied in Great Britain (of course), and found to be a proven stress reducer.  Actually, it doesn't relax you so much as it prevents those nasty stress hormones (like cortisol) from skyrocketing and it is also able to fight against the formation of blood clots.

Chamomile Tea is a Powerhouse

Herbalists for centuries have been reporting that chamomile tea reduces stress.  Personally, I love the taste of chamomile tea.  So I was very excited to learn that it's somewhat amazing in all its benefits.  For example, WebMD reports on studies that show chamomile tea to have the additional benefits of blocking complications from Type 2 diabetes including loss of vision as well as  nerve and kidney damage.

Nice to know a no-calorie, inexpensive, easy-to-find beverage can do so much for you, right?  Add that to a real, traditional English tea time and you've really got yourself a stress-break.
by Unknown 3 comments:
Email ThisBlogThis!Share to TwitterShare to FacebookShare to Pinterest
Labels: Food as Medicine, stress tips 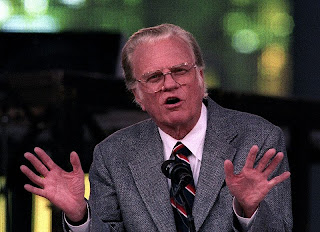 Last night, I was reading the updated version of Billy Graham's book Storm Warning, and it hit me.  The Reverend is still out there, writing best sellers -- and how old is he again?  And, what about Betty White?  She's on a hit TV show, and she's busy with a new clothing line aimed at helping her beloved animal shelter ....

When I look at that -- Billy Graham was already 50 when I was eating out of a lunch box and watching cartoons on Saturday morning -- it makes me realize how much more of Life is ahead of me.

So, yes, Dear Reader -- you've got a lot of living to do!!!! Don't settle!  Don't become passive or scared.  Press on toward that abundant life.  Start today.
by Unknown 2 comments:
Email ThisBlogThis!Share to TwitterShare to FacebookShare to Pinterest
Labels: Encouragement, seniors tips, Surviving the Depression

Help Families Keep Their Pets After the BP Oil Spill 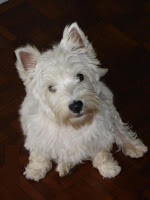 It's just heartbreaking to think that family pets are being taken to Louisiana shelters because their owners simply can't afford to feed them.  I can't imagine how horrible that must feel, and what those parents experience having to explain this to their kids.

The Eastern Louisiana SPCA has organized a special relief effort, just for this situation.  Get the details at their website.
by Unknown No comments:
Email ThisBlogThis!Share to TwitterShare to FacebookShare to Pinterest
Labels: Cats, Dogs, Help Others

Bread from the Grocery: How to Tell How Fresh a Loaf of Bread is Before You Buy It

Image via Wikipedia
Buying a loaf of bread at the grocery shouldn't have to include a prayer that the loaf isn't already a week old and ready to start gathering mold the minute you get it home.

Yesterday, I picked up a loaf of 12 grain bread at WalMart - out of convenience.  I prefer to buy a specialty bread at another store, but you know how that goes.  Pepperidge Farm.  It looked pretty good, and past the squeeze test.

Came home, and looked up the color coding for the bread ties.  I found this at Snopes.Com:

I checked my bread loaf, and the twist tab was TAN.  That's right, Dear Reader.  A color that is not on the code list.  Tan.  Was it made on a Saturday?

So, I surfed more and learned that those tricky manufacturing companies (no, I can't call them bakeries, I just can't) have caught on that we are learning the coding system, so each bread company has adopted its own color code.

Who knows what the tan code means?  I better hurry and finish this loaf.
by Unknown No comments:
Email ThisBlogThis!Share to TwitterShare to FacebookShare to Pinterest
Labels: Food Tips, Foods to Avoid, Shopping Tips

What They Signed on July 4th: Have You Read the Declaration of Independence?

Here, on the Fourth of July, as we prepare picnics and barbeques and await the fireworks display, let's ponder the reason for this holiday: the anniversary of the signing of the Declaration of Independence 234 years ago.  Those choosing a simplicity lifestyle appreciate freedom and taking action for positive change.  We're independent in thought and deed: qualities that are truly American.  Happy Fourth of July to us all!

Full text of the Declaration of Independence follows:

The unanimous Declaration of the thirteen united States of America,

When in the Course of human events, it becomes necessary for one people to dissolve the political bands which have connected them with another, and to assume among the powers of the earth, the separate and equal station to which the Laws of Nature and of Nature's God entitle them, a decent respect to the opinions of mankind requires that they should declare the causes which impel them to the separation.

We hold these truths to be self-evident, that all men are created equal, that they are endowed by their Creator with certain unalienable Rights, that among these are Life, Liberty and the pursuit of Happiness.--That to secure these rights, Governments are instituted among Men, deriving their just powers from the consent of the governed, --That whenever any Form of Government becomes destructive of these ends, it is the Right of the People to alter or to abolish it, and to institute new Government, laying its foundation on such principles and organizing its powers in such form, as to them shall seem most likely to effect their Safety and Happiness. Prudence, indeed, will dictate that Governments long established should not be changed for light and transient causes; and accordingly all experience hath shewn, that mankind are more disposed to suffer, while evils are sufferable, than to right themselves by abolishing the forms to which they are accustomed. But when a long train of abuses and usurpations, pursuing invariably the same Object evinces a design to reduce them under absolute Despotism, it is their right, it is their duty, to throw off such Government, and to provide new Guards for their future security.--Such has been the patient sufferance of these Colonies; and such is now the necessity which constrains them to alter their former Systems of Government. The history of the present King of Great Britain is a history of repeated injuries and usurpations, all having in direct object the establishment of an absolute Tyranny over these States. To prove this, let Facts be submitted to a candid world. (continues after "read more)