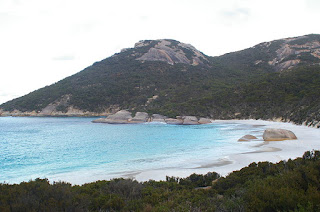 Want to be an American Expatriate?  Whether or not you are thinking about becoming a "snowbird" and buying a vacation home on a foreign beach somewhere, or if you're considering moving to another country permanently, you should include watching one TV show in all your research and planning.

I know, it sounds a little silly but you'll learn things from HGTV's House Hunters International that are valuable, like:


1. dishwashers - many countries just don't have them;
2. refrigerators - the American monsters are not found elsewhere, lots of places have fridges the size of a dorm fridge here in the States
3. carpeting - lotsa places have tile.  Lots and lots of tile. No hardwood flooring.  No carpeting.
4. closets - some countries (particularly the quaint older homes in Europe) don't have closets.  You buy wardrobes for your stuff.  Looks like a lot more folding than hanging in these places.
5. bedrooms - smaller.  Lots smaller.  Apparently, in lots of countries, you don't loiter in the bedroom, you just sleep there.  It's not the sanctuary that Americans enjoy.
6. kids share a bedroom.  In lots of cultures, the children have a bedroom they share.  Boys and girls.  Don't know if there's an age cutoff here or not.
7. furnished sales -- especially in island countries and Central and South America, the homes are sold furnished.  You buy the land, you buy the dwelling, you buy the sofas.  All tied together.
8. ovens -- Some parts of the world (particularly Asia), they don't use ovens.  You don't get one.
9. bathroom en suite -- Lots of places share a bathroom, there's no bathroom off the master bedroom.  Lots of places have bidets though.  Bidet, yes and dishwasher, no?  That's right.
10. bomb shelters -- Buy in Israel, expect a bomb shelter as part of your standard features in the more modern offerings.

Each episode of HouseHunters International has a buyer in a foreign country - sometimes American, sometimes not - looking at three options and then choosing one.  With the Americans, it's a 50-50 chance you'll see one or more Americanized condo-type developments, catering to the Americanized lifestyle.  These places won't look that much different than buying a condo in Houston or Coco Beach.

Even these episodes give you a nice look at the local community though - and if you listen carefully, you get tips like the places where these types of resorts have alarms and burglar bars, hints of the crime rate, and where others have all sorts of hurricane-proof features, hints that those living there expect to ride out some hairy storms.

Want to watch some?  They've got episodes at the ready, online, at their website.